Our Fospice program places elderly and/or terminally ill animals with loving, caring fosters who will make sure they’re spoiled rotten in the remaining time they have. We’re looking for special foster parents who are willing to give extra snuggles, endless treats, unlimited belly rubs, and never-ending ear scratches!

Being a Fospice parent is a relatively short-term commitment that provides a lucky dog or cat with the opportunity to live out its life in a happy home. For some of our animals, this is the first AND last chance to experience finally having a family! Every animal deserves to spend its last days outside of a cage and surrounded by people who care.

Interested in becoming a hero? Fill out the foster application below and be sure to indicate your desire to be a special Fospice foster parent in Scrappy's Bucket List Program!

In March, 2017, we were contacted by our friends at Susie's Senior Dogs and Foster Dogs NYC to pull a large senior dog from the ACC. As we were coordinating pulling Susie (who has since been adopted), we noticed another dog—a 9-year-old Yorkie named Scrappy—who’d been surrendered to the city shelter for unknown reasons. While we see tons of animals every day, there was something about Scrappy that called out to us.

Scrappy had a plethora of medical notes indicating he was likely terminally ill. Having never pulled a dog in his condition before, we reached out to our friends at Foster Dogs NYC, seeing if they knew anyone who could foster a special case like this. To our surprise, they told us they had already had a Fospice program in place, and could provide some financial support and connect us to people interested in fostering a terminally ill dog. Following their lead, we took Scrappy from the city shelter.

When Scrappy was examined by our vet, we found out that he had aggressive lung cancer. He was given days—maybe a week—to survive. Scrappy had hardly any room to breathe. But he wasn't suffering, and we were determined to make his final days the best he’d ever had.

An amazing foster mom, Katie, stepped forward and agreed to take Scrappy. We gave her medication to help Scrappy feel more comfortable and told her to give him anything and everything he wanted. Scrappy ate pizza, hamburgers and chicken nuggets. He loved being outside, so Katie took him out for long rides in a stroller (so his breathing wasn't strained). She snuggled up next to Scrappy every night.

Weeks later, Katie told us Scrappy wasn't his usual self. His breathing had become more "sticky", and he was losing energy. We didn't want Scrappy to suffer, and we knew this was his way of telling us it was time.

We met Katie at the vet's office. We held him in our arms, stroked his head, and told him how much he was loved. Scrappy made it one day short of 5 weeks.

Scrappy touched us and changed our lives forever. We made him a final promise: that we would continue pulling dogs like him and giving animals their best final days. Scrappy lives on through this program! 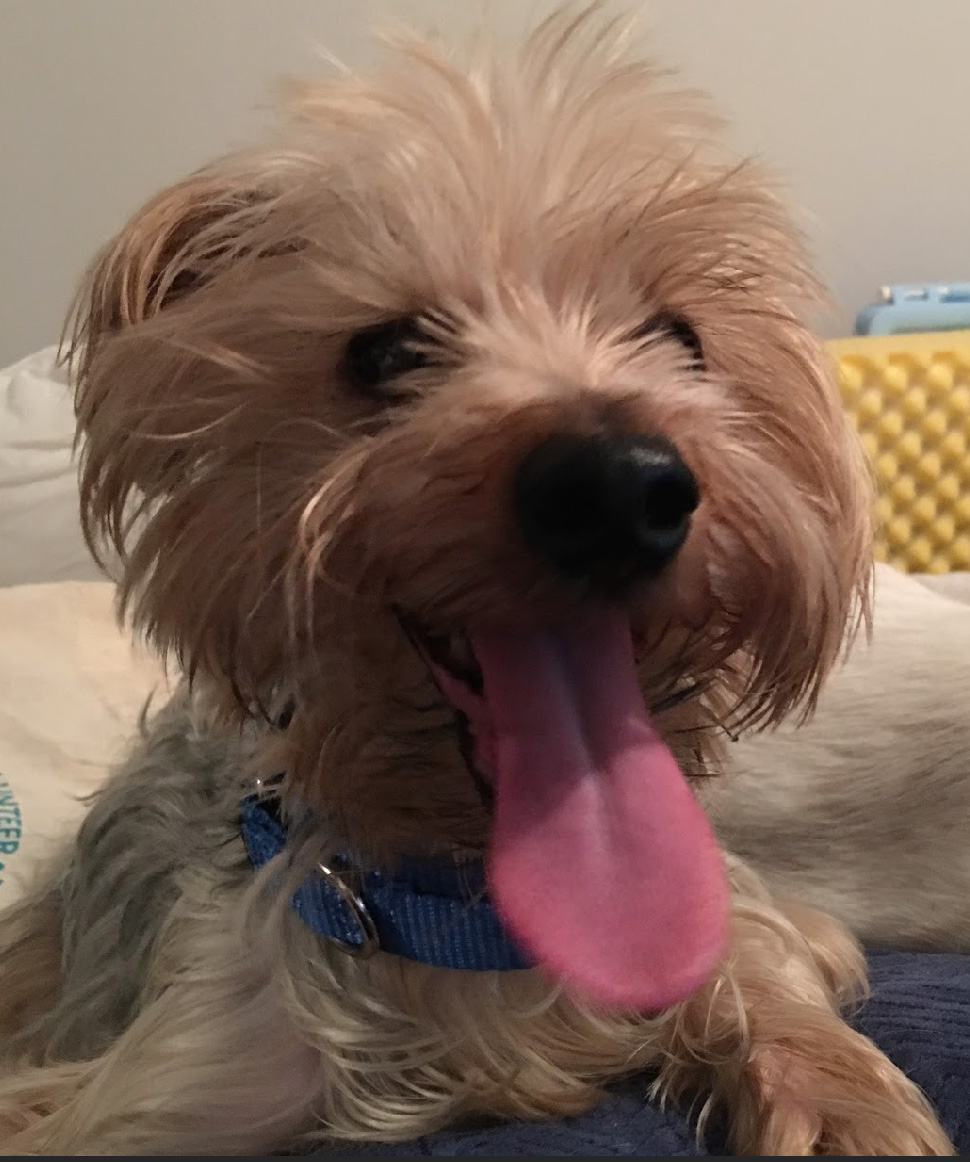